Welcome to Anti-Freemason.com, a news aggregation website founded in 2013. Originally, this site was intended to be used as an online platform to sell Jeff Wilkerson’s book Sion’s Army – The Freemasons, which was finally published in 2015. News listings and articles are updated at least once daily after a thorough scan of the news. As Mr. Wilkerson has been active in America’s racial-nationalist movement [the alt-right], for at least 35 years, he is acutely positioned and schooled to gather news important to this section of our country’s polity. With the rise of Donald Trump this movement has sustained very rapid growth, indeed.

Mr. Wilkerson became aware of the immense power and sway of Freemasonry in the early millennial years at the time of the build-up to the American invasion of Iraq and the toppling of the Saddam Hussein regime. He could not understand the meanings and reasons for this unnecessary aggression toward a nation that was not a threat to America and did nothing to provoke its rath. As a far-right activist Wilkerson was aware of the Jews and the Israeli lobby as they were pushing us in the direction of war, but there was another party—a group that was hidden from many but was very powerful and was very much allied with these bellicose Israelites. He realized the Jews were powerful, but they were not powerful enough to set this war in motion all on their own. They needed helpers and these abettors were the Freemasons. He saw the villains as not just the Jews but a Jewish-Masonic establishment that had gained the reins of power many decades, if not centuries, before. Many refer to this force as the Deep State.

One might think that since this site is anti-Mason, that he would encounter, within its pages, a preponderance of material that might be about this topic. The fact is, however, this is not the case. Finding dirt on the Masons is not an easy task. They are a secret society and as such, when you find them mentioned in the news headlines, at all, the news is usually positive, or at least neutral. Extraordinarily little is negative.

The reader must maintain an awareness of the presence of the “Craft” in American society especially as it pertains to its governing and public safety institutions.  Probably a third of our congressmen belong to the group. Usually our president, as well as much of his staff are Masons. America’s judiciary, at all levels, are rife with them. The military and police agencies are filled with them as well as our intelligence communities. When I post an article on what the Supreme Court is doing or what the congress did, or what the CIA is up to, the reader must remember that these institutions are filled with Freemasons and events that transpire in the news will probably, be, very much influenced by the Masonic party line. When I can actually find something good on them, I’ll post it.

After graduating from the University in 1977, Jeff Wilkerson felt the pull of right-wing nationalist politics. In the early 1980s he would continue reading. Two books would have a tremendous impact on his thinking. They were Which way Western Man by William Gayley Simpson and Imperium by Francis Parker Yockey. As he joined Dr. William Pierce’s National Alliance in January of 1985, he was well-grounded in the ideology. In the 1990s he would become a leader in the Populist Party. In 1998 Wilkerson would take a 13-year hiatus to raise a family and around 2011 he would start researching for a book he would entitle Sion’s Army – The Freemasons. 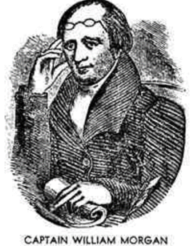 William Morgan (1774 – c. 1826) was a resident of Batavia, New York, whose disappearance and presumed murder in 1826 ignited a powerful movement against the Freemasons, a secret society that had become influential in the United States. After Morgan announced his intention to publish a book exposing the society’s secrets, he was arrested on trumped-up charges. He disappeared soon after, and was believed to have been kidnapped and killed by Masons from western New York.

The allegations surrounding Morgan’s disappearance and presumed death sparked a public outcry and inspired Thurlow Weed and others to harness the discontent by founding the new Anti-Masonic Party in opposition to President Andrew Jackson‘s Democrats. It ran a presidential candidate in 1832 but was nearly defunct by 1835. 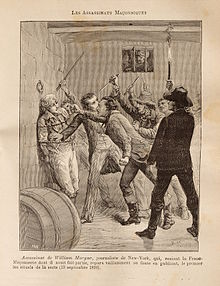 The assassination of William Morgan, engraved by artist Pierre Méjanel

A featured podcast of Anti-Freemason.com 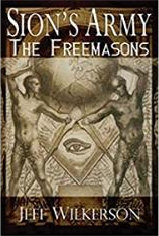 A Must Read! Captivating! A History that reads like a novel. . .read more.